Home Great Tribulation Nightmare or Prophecy by Chuck Colson in 2006

Nightmare or Prophecy by Chuck Colson in 2006

Something very strange happened to me this past week. I was seated in my library chair, mulling over current events, trying to make a few New Year’s predictions, which is the custom for commentators. I was concentrating hard, when suddenly, I saw before my eyes a headline from the New York Times. It read, “Congress Votes to End War; Troops Ordered to Abandon Iraq.”

The view changed. Just as in Vietnam three decades ago, I saw Americans clinging to helicopters, trying to get themselves out of Baghdad along with friendly Shiite Muslims. There was massive confusion, bombs going off in the background.

And then, I saw pictures out of Afghanistan. Al Qaeda had toppled the new Afghan government. Marines and soldiers again were hurriedly boarding choppers. It can’t be real, I thought—but it was.

The next thing I saw was a picture of Palestine, where most of the al Qaeda terrorists had now gone. The Israeli government was in disarray, reeling under a series of huge bomb blasts in Jerusalem.

Country after country was falling to the Islamic fascists: Saudi Arabia. Turkey. Egypt. For the most part, the terrorists simply refused to ship oil, and what they did ship was priced at over $150 a barrel. It was a worldwide crisis. Europe quickly signed a non-aggression pact with al Qaeda in exchange for oil.

Then came the most devastating picture of all: panic in the streets of Washington, D.C. as a dirty bomb exploded not a quarter of a mile from the Capitol. Huge sections of the city were cordoned off, uninhabitable. Even people with the best protective equipment suffered serious radiation burns. Projections were that the area would be off-limits for years. Then came the bombing of the Holland Tunnel, connecting New York and New Jersey, then the collapse of the pillars of the Golden Gate Bridge.

The government threatened retaliation, of course—but there was no one to retaliate against. The Islamo-fascists were spread throughout the world, and it was impossible to strike against all the countries that were harboring them or being run by them. Osama bin Laden himself appeared on Al Jazeera, boasting that he had known all along that the Americans wouldn’t fight.

By now, most American television was not operating. But I could still get one channel. Talking heads were arguing frantically over how this could have happened. One man’s voice stood out when he said, “It was all so foreseeable. Once you rule religion a private matter, and declare all religions alike, no one in this country could understand the dimensions of a great religious struggle. No one understood the clash of civilizations or the evil of Islamo-fascism. We didn’t even have the language to describe religious beliefs anymore. Destruction was inevitable.”

And that’s when I woke up in a cold sweat.

It was 5:00 a.m. I went immediately to the front door. Good—the newspaper was there. I flipped it open. There was nothing in the headlines, except the confirmation fight over Alito and more quibbling over Iraq—all the usual banter that goes on endlessly in the press. But as I walked into the house, my knees were still shaking.

It was only a dream. We’re okay, I told myself. 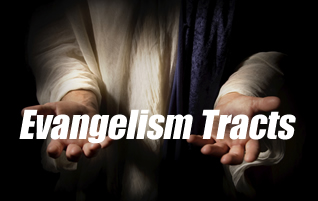